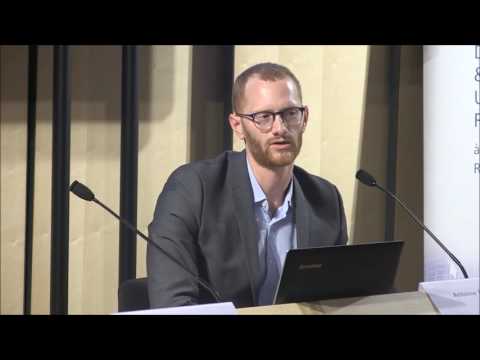 Link to original post on Coinsetter
Mark Wetjen, one of the commissioners of Commodities and Futures Trading Commission (CFTC) today penned an opinion piece in the Wall Street Journal revealing that several trading platforms already registered or soon to be registered intend to list Bitcoin derivative contracts. The CFTC has been one of the most active agencies looking into the promise of Bitcoin and what it could do for the financial system. They had a hearing about Bitcoin that attracted some of the key players in the industry and helped the committee learn more about where Bitcoin could head and how best to regulate it without stifling innovation.
CFTC Gets Interested
As Bitcoin gains in popularity, the derivative market around the cryptocurrency is bound to mature as well. Merchants who accept Bitcoin hedge their risk by direct conversion to fiat using payment processors like Coinbase or BitPay. However, these payment processors need to hedge their risk to currency fluctuation as well. The use of derivatives is an easy way to accomplish this, and the CFTC regulates derivatives like swaps in the United States. It should be noted that several exchanges already trade derivative products related to Bitcoin, but they are not regulated.
It is debatable whether Bitcoin is a commodity though, and whether CFTC has the authority to regulate it. From the article, Mr. Wetjen thinks it is –


The definition of “commodity” under the CFTC’s authorizing statute could be read to include Bitcoin, in which case the CFTC would have authority to bring enforcement actions against anyone who attempts to manipulate the virtual currency


Beyond Currencies
The CFTC seems to be one of the few governmental regulatory agencies that sees the potential of Bitcoin technology beyond its simple use as a currency. This was also clear during the hearings that the CFTC organized last year. The CFTC believes that Bitcoin and blockchain technology could rewrite the financial industry. In fact, Mr. Wetjen quotes Marc Andressen, a popular VC who has invested heavily in Bitcoin companies in his opinion article


“If [Bitcoin] works, we can re-implement the entire financial system as a distributed system as opposed to a centralized system. We can reinvent the entire thing.” … Bitcoin or similar technologies can be used as platforms for financial innovation in the digital transfer of currency, securities, contracts and sensitive information. Such innovation could play a fascinating role in the derivatives markets as well as financial services more broadly, as Mr. Andreessen suspects.


The CFTC then seems to believe that Bitcoin has potential to recreate many of the financial industry systems. Several experts also believe that most of the futures regulation that the CFTC oversees could be written as smart contracts on the Bitcoin blockchain, thus making it unnecessary to explicitly regulate Bitcoin futures contracts.
Price Manipulation
The CFTC has also made it clear that if Bitcoin is regulated under its jurisdiction, it will have the authority to take action against Bitcoin price manipulation. Bitcoin price currently is pretty much a wild-west currently with many possible ways to manipulate the price. Therefore, even the products that are approved by the CFTC need to take the price of Bitcoin only from those exchanges that can comply with existing regulation (such as KYC rules).
It seems like the CFTC is keen on seeing Bitcoin succeed and realize its potential while limiting its downside risk by creating a framework under which startups can operate.


Rarely can derivatives regulators anticipate a new market’s potential benefits while devising an appropriate regulatory framework. But virtual currencies such as Bitcoin, and other competing protocols and related technologies, represent such an opportunity.

I compiled a the contact information for each of the regulators that Sen Joe Manchin has written to, asking them to ban bitcoin. Make your voice heard NOW before it's too late!

I believe that there is a small window for all of us to take action and make it known that bitcoin is not the playground of money launderers and thieves that Senator Manchin unfortunately has portrayed it as. If the Winklevoss Twins come across this by some strange chance, they might be able to arrange meetings with these people and lobby our cause (I'm sure they already have with some of them to some extent in the push to get their ETF launched). Same goes for everyone who owns a bitcoin business. This is extremely important. We can't let innovation be stifled in america when our economy needs it most. Take action now!
For Senator Manchin himself: http://www.manchin.senate.gov/contact_form.cfm West Virginia Office: 304-342-5855 D.C. Office: 202-224-3954 press office: 202-228-1810
Contact Secretary Lew by phone or mail at: Phone: 1-202-622-2000 Fax: 1-202-622-6415 Department of the Treasury Attention: Secretary Jacob J. Lew 1500 Pennsylvania Ave. NW Washington DC 20220
For Chairwoman White, I found this email address: [email protected]
For Chairman Gruenberg, I found the contact of people in his press office:CONTACT: David Barr, 202-898-6992, [email protected] [Note: RSVP for live coverage to Greg Hernandez at 202-898-6984, 202-340-4922 or [email protected].]
I couldn't find a way to contact Commissioner Curry: (I think this is him: http://www.occ.gov/about/who-we-are/comptroller-of-the-currency/bio-thomas-curry.html )
I couldn't find a way to contact Acting Chairman Wetjen either: http://.cftc.gov/About/Commissioners/MarkWetjen/index.htm
I couldn't find a way other than this to contact Chairwoman Yellen: https://twitter.com/federalreserve
These are the people heading up the Federal Reserve, the SEC, the FDIC, and the commodities futures trading commission. If anyone has better luck than me in finding their public contact details (NOT PRIVATE), I'll edit the post. They need to hear about how stifling innovation will only put America behind the rest of the world. They need to hear about the misinformation in the Senator's letter. They need to consider this fact from another redditor: u/jratcliff63367 9 points 3 hours ago So, Senator Manchin, are you also going to call for a ban on Dogecoin, Litecoin, World of Warcraft Gold points, Amazon coins, iCoins, frequent flyer miles, and all other forms of digital value transfer? How about gold and silver too while you are at it? I guess you forgot, this is supposed to be a free country. I am legally allowed to go to Las Vegas and gamble, I am legally allowed to buy and sell stocks, bonds, and commodities and trade them. How dare you suggest that digital value transfer should be made illegal. This is anti-american, anti-freedom, and just plain absurd!

Leader in blockchain news. The CFTC's Mark Wetjen tells CoinDesk how his agency might investigate bitcoin market manipulation and why it may not engage the industry in 2015. Bringing Commodities Regulation to Bitcoin There are several trading platforms planning to list derivatives contracts for the virtual currency. By Mark Wetjen Mark Wetjen, head of global policy for the Depository Trust & Clearing Corp. (DTCC) is joining the group’s board membership and the chamber’s executive committee. Following last week’s announcement from the CFTC declaring bitcoin a commodity, the Wetjen’s appointment will certainly help LedgerX navigate the CFTC’s SEF and DCO license application process in order to become a sanctioned bitcoin trading and clearing platform. Tags. CFTC Derivatives ledgerx mark wetjen. Nick Abouzeid September 25, 2015. Tweet . Share. Share. Share. Recent Posts ... Wetjen wrote that Bitcoin, which he refers to as a “virtual currency,” is important to the commission because a number of merchants who now accept Bitcoin for payment have expressed the need to hedge exposures to fluctuations in Bitcoin’s value. He said that the commission was recently presented with a swap contract on the digital currency that has been listed for trading by one ...