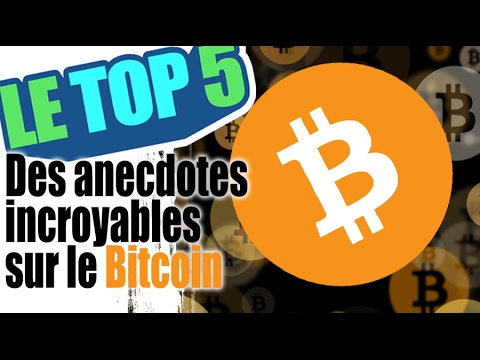 Identifying risks – what could go wrong?

Catalysts – big events to watch over the coming months

J.P. Morgan Market Intelligence is a product of the Institutional Equities Sales and Trading desk of J.P. Morgan Securities LLC and the intellectual property thereof. It is not a product of the Research Department and is intended for distribution to institutional and professional customers only and is not intended for retail customer use. It may not be reproduced, redistributed or transmitted, in whole or in part, without J.P. Morgan’s consent. Any unauthorized use is strictly prohibited.

[Friday, May 19th, 2017] UK PM May to create a new internet controlled by govt, Americans pay $38 to collect $1 of student debt, a type of coral thrives in global warming conditions, there’s a hard drive somewhere in a landfill with $15 million of bitcoin on it, Tom Hardy to star in Venom

Reddit is HUGE with 1,079,958 subreddits. (This number is updated daily!)
/tldr is trying out a new feature where I will post a random, small subreddit and its top content. It's a fun way to include and celebrate smaller subreddits.

/Simulated
Like simulations that were created with computer animation software, or looking to make them yourself? Well you've come to the right place! Post your favourite fluid, smoke, soft or rigid body simulations here.


Its top three posts from all time:

Stocks in Europe faded early gains and S&P futures fell after a mixed session in Asia as chip stocks were taken to the woodshed on poor guidance from Nvidia and Applied Materials sparked fears that the chip bull run is over, while investors wondered whether China and America can de-escalate their trade war after mixed signals by US officials just days before the G-20 summit.

The euro failed to rebound while the sterling halted its biggest drop in 2 years after some of the most dramatic 24 hours yet in the Brexit process and another turbulent week for world markets. With reports of a UK leadership coup still rife and fear that the country could crash out of the EU without an agreement, cable struggled to rise above $1.28.

Meanwhile traders around the world were waiting for an outcome from the ongoing Brexit saga: “If and when a vote on the withdrawal agreement occurs is uncertain. Whether the withdrawal bill is passed by both houses of Parliament is uncertain,” Joseph Capurso, a senior currency strategist at CBA, said in a note. “Whether the Prime Minister resigns or is challenged for the leadership is uncertain. And, whether there is a second referendum and/or an election is uncertain.”
Fears over political turmoil in the UK and Italy dragged Europe's Stoxx 600 back into the red, set for its first weekly drop in three, trimming Friday’s gain as AstraZeneca's drop weighed on the gauge after a cancer-drug setback while telecom names were outperforming. Utilities started the session lower in the wake of yesterday’s ECJ decision which deemed the UK’s scheme for ensuring power supplies during the winter months as a violation of state aid rules. Other individual movers include Vivendi (+4.2%) sit at the top of the Stoxx 600 after posting impressive Q3 sales metrics and announcing a potential sale of part of their Universal Music Group division. Elsewhere, AstraZeneca (-2.3%) and Shire (-1.3%) have been seen lower throughout the session after both posting disappointing drug updates.
Not helping sentiment, ECB head Mario Draghi said the bank still plans to dial back its stimulus at the end of the year, but acknowledged the economy had hit a soft patch and inflation may rise more slowly than expected. “If firms start to become more uncertain about the growth and inflation outlook, the squeeze on margins could prove more persistent,” Draghi told a conference.
Earlier in the day, Asian shares ended the session in the red (MSCI Asia -0.2% to 151.52), led lower by declines in Japan, even as China and Hong Kong rose after initial reports the United States might pause further China tariffs were denied by Commerce Secretary Wilbur Ross who damped hopes of any imminent trade deal with China. The Nikkei fell 0.6% pressured by a drop in the USDJPY after China Mofcom began an investigation into alleged dumping of machine tools by Japanese firms. The Hang Seng (+0.3%) and Shanghai Comp. (+0.4%) swung between gains and losses after continued liquidity inaction by the PBoC which skipped Reverse Repos for a 16th consecutive occasion.
S&P futures were hit on fresh slowdown concerns, this time out of the semiconductochip space, after Nvidia gave a dire sales forecast, projecting a 20% drop in revenue while a disappointing outlook from Applied Materials indicated the chip industry is holding off on expansion plans in the face of a murky outlook for electronics demand. The chipmaking sector saw another bout of selling in Asia, wiping at least $11.2 billion in market value amid signals that demand for servers, personal computers and mobile is falling.

Good morning traders of the StockMarket sub! Welcome to Monday! Here are your pre-market stock movers & news this morning-

EARNINGS RELEASES BEFORE THE OPEN TODAY:

EARNINGS RELEASES AFTER THE CLOSE TODAY:

THIS MORNING'S MOST ACTIVE TRENDING DISCUSSIONS:

Wells Fargo – Federal Reserve said it is restricting the bank's size in response to "widespread consumer abuses." Wells Fargo said it will replace four board members, three by April. The bank's shares were downgraded by at least five firms on Monday, including JPMorgan, Citigroup, and Morgan Stanley.

Broadcom – Broadcom raised its takeover offer for rival chipmaker Qualcomm to $82 per share, consisting of $60 per share in cash and the rest in stock. Broadcom is calling this bid its "best and final offer."

Bristol-Myers Squibb – The drugmaker reported adjusted quarterly profit of 68 cents per share, one cent a share above estimates. Revenue also beat forecasts and the company announced that its cancer drug Opdivo has been approved for use in patients with a certain type of melanoma. The company also did well in clinical trials as part of a combination treatment with certain lung cancer patients.

Boeing – Boeing may be interested in bidding for a Canada jet fighter contract despite the ongoing trade dispute involving Canada's Bombardier, according to a senior executive. Boeing has until February 9 to decide to bid. Separately, UPS placed an order for 14 747-8 freighters, easing doubts about that aircraft's future.

Equifax — The probe of Equifax has been pulled back, according to Reuters quoting people familiar with the matter. Former consumer protection bureau head Richard Cordray is said to have authorized an investigation of Equifax's massive data breach, which it revealed in September, but Reuters reports the probe has sputtered under current head Mick Mulvaney.

Apple — Apple Music is growing faster than music streaming rival Spotify in the U.S., according to The Wall Street Journal, and is on pace to surpass Spotify's subscriber numbers this summer.

Amazon.com – Amazon has settled its tax dispute with France, according to reports out of Europe, although terms were not disclosed. France had claimed Amazon owed nearly $250 million in back taxes and penalties.

Pfizer – Pfizer has gotten only two bids for its consumer unit, according to a Bloomberg report. GlaxoSmithKline and Reckitt Benckiser are the only companies to bid, with rival candidates having walked away. Analysts say the unit could be worth between $15 billion and $20 billion.

Lowe's – Lowe's was upgraded to "buy" from "hold" at Jefferies, which also called the home improvement retailer's stock its "franchise pick" for 2018. Jefferies thinks Lowe's can triple its earnings per share over the next five years, thanks to changes that will close profit and productivity gaps with competitors.

Charter Communications – The cable and broadband provider was upgraded to "outperform" from "market perform" at Wells Fargo, which said it has renewed confidence in a successful turnaround after the company's last earnings call, despite a tough competitive environment.

Church & Dwight – The maker of Arm & Hammer baking soda and numerous other consumer products reported adjusted quarterly profit of 52 cents per share, 2 cents a share above estimates. Revenue beat forecasts, as well. The company also raised its quarterly dividend by 14% to 21.75 cents per share.

bigbear0083 has no positions in any stocks mentioned. Reddit, moderators, and the author do not advise making investment decisions based on discussion in these posts. Analysis is not subject to validation and users take action at their own risk. bigbear0083 is an admin at the financial forums Stockaholics.net where this content was originally posted.

What is on everyone's radar for today's trading day ahead here at StockMarket?


I hope you all have an excellent trading day ahead today on this Monday, February 5th, 2018! :)